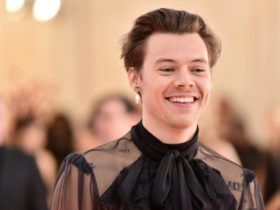 Harry Styles Postpones Love On Tour Due To COVID-19

The musical artists, Lizzo, BLACKPINK, Jack Harlow, and Maneskin Newly have been added as VMAs 2022 performers. Check out the full post below.

READ MORE – Lizzo Drops New Video For Track, “2 Be Loved (Am I Ready)”

The recently declared musicians will join a bill that includes J Balvin, Anitta, Panic! at the Disco, and collaboration between Khalid and Mashmello. In addition, Nicki Minaj will receive the Video Vanguard Award, and Kane Brown will participate in the 2022 VMAs.

We are SO excited to announce @BLACKPINK will be making their debut on the #VMAs stage!!! 🖤💗

Catch their performance of “Pink Venom” LIVE on Sunday 8/28 at 8p on @MTV! pic.twitter.com/pfJANQJAdi

✨ SPECIAL ✨ ANNOUNCEMENT!@lizzo will be returning to the #VMA stage for a performance of “2 Be Loved” 👰🏾

Get ready, because @thisismaneskin is making their #VMA DEBUT!!!

Tune in on Sunday, 8/28 at 8p to catch their live performance of “SUPERMODEL” 🎤 pic.twitter.com/oOWmk2evG5