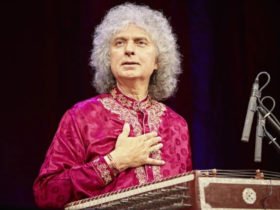 Guitarist on the Kingsmen’s ‘Louie Louie,’ Mike Mitchell has died at the age of 77 on his 77th birthday[Friday.] No cause of death has not revealed.

In accordance with the Rolling Stone reports, Kingsmen drummer Dick Peterson confirmed Mitchell’s death in a statement. No cause of death was provided other than Mitchell’s “peacefully passed away.”

“We are deeply saddened by Mike’s passing. He was the kindest and most generous man on the planet,” Peterson, a Kingsmen since 1963, said in a statement,

“For the past 57 years, we have been playing colleges, fairs, and festivals,” He added, “vintage car shows and rock n’ roll shows throughout the USA. Mike is irreplaceable, and he will be greatly missed not only by us but the fans as well. Mike was a favorite for his comedic nature as well as his musicianship.”

In 1960, Mitchell and bassist Bob Nordby joined then-drummer Lynn Easton and vocalist Jack Ely (who died in 2015). In 1963, the group recorded their famed version of Richard Berry’s 1957 track “Louie Louie.” The song rocketed up the Billboard singles chart, spending six non-consecutive weeks at Number Two on the Hot 100.

The Kingsmen got their start in Portland, Oregon in 1959. The Kingsmen’s version of “Louie Louie” championed the garage rock stylings gaining traction at the time—it was far more distorted and raucous than Berry’s melodic original.