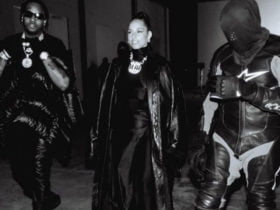 Japanese-British singer, Rina Sawayama has performed her massive performance at the Tiny Desk (Home) Concert. Watch the full video below.

Alex Ramoa said, “As usual, Rina Sawayama is one step ahead of us. She’s back in the office, clad in a periwinkle blazer with waist cut-outs and a high ponytail cleaner than the view of the city skyline. Make no mistake: even in fluorescent lighting, the Japanese British pop star performs with the same tenacity and drama you hear in her 2020 debut album, SAWAYAMA, a lustrous pop epic peppered with early aughts R&B, nu-metal and classic rock.”

Sawayama swiftly moves into the sweet, cha-ching pop of “XS,” and later the soft-hearted ballad “Chosen Family,” rendered in the style of her 2021 collaboration with Elton John.