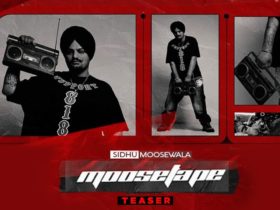 American DJ, Madlib & English musician, Four Tet has revealed the tracklist and more details about the new album, Sound Ancestors. Check out the full post below.

They have previously released two tracks, “Road of the Lonely Ones” in December, & “Hopprock,” the second single. The album will be releasing on January 29 via the Madvillainy producer’s Madlib Invazion label.

“I put this concept to him when we were hanging out eating some nice food one day and we decided to work on this together with him sending me tracks, loops, ideas and experiments that I would arrange, edit, manipulate and combine,” Hebden explained.

“I was sent hundreds of pieces of music over a couple of years stretch and during that time I put together this album with all the parts that fitted with my vision. The album ‘Madlib – Sound Ancestors’ is being released in January 2021. The first single Road Of The Lonely Ones drops tomorrow and will be premiered by Mary Anne Hobbs on BBC 6 music. Get ready, set your alarms, play it loud! 🚨🚨🚨🚨🔥💿,” he added.