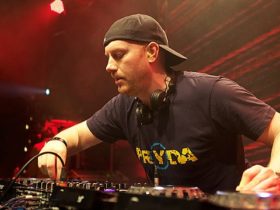 Colombian singer, Maluma & Canadian singer, The Weeknd has dropped a new remix of his Papi Juancho track “Hawái.” Watch the full video below.

In a press release, Maluma said, “I have always admired the Weeknd so it feels nothing short of a dream come true to have him collab on ‘Hawái (Remix),’ He brought another flow to it and sang in both Spanish and English which is impressive.”

The Weeknd sings in English, “So now he’s your heaven / You’re lying to yourself and him to make me jealous / You put on such an act when you’re sleeping together,” then he starts singing in Spanish, “Puede que no te haga falta na’ / aparentemente na’ Hawái de vacaciones, mis felicitaciones.”

In Sep 2020, Jennifer Lopez teamed up with Maluma for the pair of the new music video “Pa Ti” and “Lonely,” this was the combination of two video song, “Pa Ti” & “Lonely,” It starts with ‘Pa Ti‘ track, and ends with ‘Lonely‘ track.