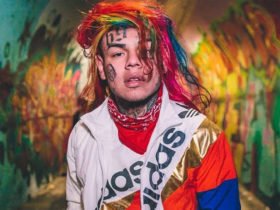 Dutch DJ and record producer, Martin Garrix has teased his new single, “We Are The People” Ft. Bono & The Edge. Check out the post below.

The track will be released on May 14, well ahead of the UEFA European Football Championship (informally known as the Euros), which will take place in June. He teamed up with Bono & The Edge for the official Euro 2020 theme song.

They have been working on the track, “We Are The People” for over a year. The production was delayed due to the pandemic, but the DJ has confirmed it’s coming out next Friday.