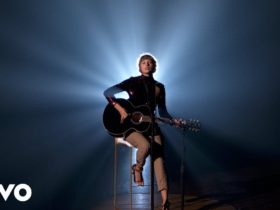 The world’s biggest EDM festival, Tomorrowland has officially announced its second edition of Virtual Festival – ‘Around The World.’ Check out the post below.

The festival will take place on On July 16th & 17th this year. A digital festival with the world’s biggest artists including, Armin van Buuren, CLAPTONE, Nicky Romero, Adam Beyer, Tale Of Us, and many more. Tickets Go On Sale this Thursday (May 6th – 15:00 CEST) on tomorrowland.com.

MUST READ – Martin Garrix Teases New Single, “We Are The People” Ft. Bono & The Edge

The festival shared the news via social media with the caption, “On July 16th & 17th the magical Island Pāpiliōnem will welcome back the People of Tomorrow to the second edition of Tomorrowland – Around the World.

“A digital festival with the world’s biggest artists including @arminvanbuuren, @claptone.official, @nickyromero, @realadambeyer, and @taleofus (more to be announced soon). Prepare for a glorious celebration and connect with people from all corners of the planet.” They added.

“Next to this digital festival, we strongly hope we can unite again later this summer at the Holy Grounds of Tomorrowland. More information is expected at the end of May.”

Tomorrowland Announces Second Edition Of Virtual Festival – ‘Around The World’