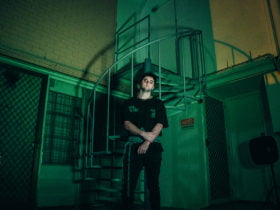 According to the NME reports, the rapper’s unscripted project will come as part of the expanded Snapchat Originals series from Snap Inc. “[Megan will] be joined by celebrity friends and their pets hosted in a way that only Megan can,” an official synopsis reads.

MUST READ – Martin Garrix Teases New Single, “We Are The People” Ft. Bono & The Edge

Megan described herself as “one of the best dog moms ever on the planet. I really wanna invite some other pet parents to come and get wild with me and my boys on the Hot Girl ranch.”

Westbrook Media will produce the forthcoming Off Thee Leash, which is expected to arrive at some point later this year. An exact premiere date is yet to be announced.

Vanessa Guthrie(head of Snap Originals), said in a statement, “We are constantly trying to find stories that we think will resonate with our audience, coupled with talent and creators.”