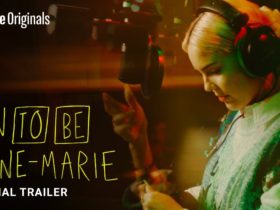 Watch – ‘How To Be Anne-Marie’ Official Trailer

American DJ, Mike WiLL has collaborated with Nicki Minaj & YoungBoy Never Broke Again for a new single, ‘Made It – What That Speed Bout?!.’ Watch the full video below.

The music video is directed by Edgar Esteves & Austin McCraken, Commissioner by Joseph Boyd, produced by Andres Garcia, Edited by Joan Pabon. In accordance with the press release, the single precedes Mike WiLL’s new project MICHAEL, which will be released in 2021 via Atlantic Records and Eardrummers Entertainment.

Back In Sep, YoungBoy Never Broke Again teamed up with Snoop Dogg for latest hip hop track, ‘Callin.’ Also, In May, he dropped a new track with Migos called “Need It.” recently, he released his album TOP.

In Sep, Nicki Minaj featured on Mr Eazi & Musical trio, Major Lazer‘s most anticipated collaborative track ‘Oh My Gawd.‘ Before that, she collaborated with Ty Dolla $ign for a new single named ‘Expensive,’. On 12th June she teamed up with Tekashi 6ix9ine and released their new track called ‘Trollz.’

In August, Mike WiLL Made-It collaborated with Chief Keef for a new music named “Bang Bang.” The track was introduced as the first style of a forthcoming joint album from Mike and Keef.