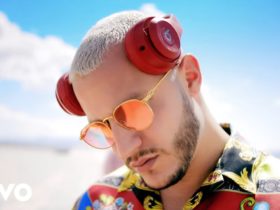 Yesterday night, (February 7), she brought some special guests with her and performed at a special TikTok Tailgate show ahead of the Super Bowl in Tampa, Florida. The event happened at Tampa Bay’s Raymond James Stadium.

At the event, she played a series of covers including Blondie’s ‘Heart Of Glass’, Dolly Parton’s ‘Jolene’, and Bikini Kill’s ‘Rebel Girl’. Then Billy Idol joined her and performed the track, ‘Night Crawling’, which featured on Cyrus’ latest album ‘Plastic Hearts’, also a version of his own hit ‘White Wedding’.

Meanwhile, Joan Jett had joined her and performed their collaboration ‘Bad Karma’, also, her own songs ‘Bad Reputation’ and ‘I Hate Myself For Loving You’.