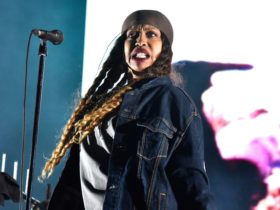 Japanese-American singer & songwriter, Mitski has shared her new song named ‘The Only Heartbreaker.’ Watch the full official video below.

She sings, “If you would just make one mistake / What a relief that would be / But I think for as long as we’re together / I’ll be the only heartbreaker.”

The singer also announced her new album ‘Laurel Hell’, which is out February 4 via Dead Oceans.

“I needed love songs about real relationships that are not power struggles to be won or lost,” Mitski said of the new album in a statement. “I needed songs that could help me forgive both others and myself. I make mistakes all the time. I don’t want to put on a front where I’m a role model, but I’m also not a bad person. I needed to create this space mostly for myself where I sat in that gray area.”

“‘Laurel Hell’ is a term from the Southern Appalachians in the U.S., where laurel bushes basically grow in these dense thickets, and they grow really wide,” Mitski also explained in an interview with Zane Lowe on Apple Music 1.

“And, I mean, I’ve never experienced it myself, but when you get stuck in these thickets, you can’t get out. Or so the story goes. And so there are a lot of Laurel Hells in America, in the South, where they’re named after the people who died within them because they were stuck. And, so the thing is, laurel flowers are so pretty. They just burst into these explosions of just beauty. And, I just, I liked the notion of being stuck inside this explosion of flowers and perhaps even dying within one of them.”