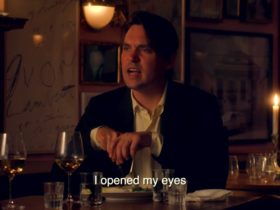 Joohoney said the new project includes “tracks of various genres that are produced by our members” before asking, “So what more reason do you need?”

“MONSTA X is nothing without our signature performance,” I.M added. “We prepared a lot for you guys, MONBEBE, so please look forward to it.”

That mini-album was led by the title track ‘Love’ and dropped on April 26, 2022 following a two-week delay after several members of the group caught COVID-19 ahead of its original release date.