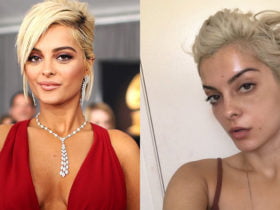 12 Stunning Bebe Rexha No Makeup Photos You Must See

Here is the list of the Best 10 Famous Female Pop Singers Ruling The Pop World. The pop world has always been an inconstant one. With the domination of streaming, pop stars, especially female pop stars, have to be highly savvy and versatile. To compete with most rappers and DJs that have flowed into the pop charts.

During the 1950s and 1960s, pop music had rock and roll and the youth-oriented styles it influenced. So here is the list of the Best 10 Famous Female Pop Singers Ruling The Pop World:

Ariana Grande-Butera was born on June 26, 1993, in Boca Raton, Florida, the U.S. She is an American singer and actress.

She is one of the best famous female pop singers. She has over 48.9 million subscribers on youtube.

Taylor Alison Swift was born on December 13 1989, in West Reading, Pennsylvania, the U.S. She is an American singer-songwriter. Taylor is one of the best female pop singers.

Swift was named Woman of the Decade by Billboard and Artist of the Decade 2010 by the American Music Awards. She has over 43 million subscribers on youtube.

Karla Camila Cabello Estrabao popularly known as Camila Cabello was born March 30 1997, in Cojímar, Havana, Cuba. She is an American singer and songwriter.

As a member of Fifth Harmony, she rose to fame, formed on The X Factor USA in 2012, signing a joint record deal with Syco Music and Epic Records.

While in Fifth Harmony, Cabello began to prove herself as a solo artist with the release of the collaborations “I Know What You Did Last Summer” with Shawn Mendes and “Bad Things” with Machine Gun Kelly. She has over 14.5 million subscribers on youtube.

She is the youngest artist in Grammy history and second overall to win all four general field categories Best New Artist, Record of the Year, Song of the Year, and Album of the Year in the same year.

Dua Lipa was born on 22 August 1995 in London, England. She is an English singer and songwriter. After working as a model, she signed with Warner Bros. Records in 2014 and released her eponymous debut album in 2017.

The album peaked at number three on the UK Albums Chart and yielded eight singles, including “Be the One”, “IDGAF”, and the UK number-one single “New Rules”, which also peaked at number six in the US.

The album has been certified platinum in numerous countries worldwide and won Lipa the Brit Awards for British Female Solo Artist and British Breakthrough Act in 2018.

Selena Marie Gomez was born on July 22, 1992, is an American singer and actress. Born and raised in Texas, Gomez started her career by performing on the children’s television series Barney & Friends 2002–2004.

In her teens, she rose to fame for her role as Alex Russo in the Disney Channel television series Wizards of Waverly Place 2007–2012. She has over 29.3 million subscribers on her youtube channel.

Stefani Joanne Angelina Germanotta was born on March 28, 1986, professionally known as Lady Gaga. She is an American singer, songwriter, and actress known for her image reinventions and musical versatility.

Gaga is one of the world’s best-selling music artists and the fourth highest-earning female musician of the 2010s. Her achievements include 12 Grammy Awards, 18 VMAs, 16 Guinness World Records, honours from the Songwriters Hall of Fame and the Council of Fashion Designers of America, and recognition as Billboard’s Artist Year (2010) and Woman of the Year 2015.

Katheryn Elizabeth Hudson was born on October 25, 1984, professionally known as Katy Perry. She is an American singer, songwriter, and television judge.

After singing in church during her childhood, she pursued a career in bible music as a teenager. Perry rose to stardom in 2008 with her second album, One of the Boys, a pop-rock record containing the controversial U.S number one song “I Kissed a Girl” and “Hot n Cold”.

Beyoncé Giselle Knowles-Carter was born on September 4, 1981. She is an American singer, songwriter, record producer, and actress. Beyoncé was born and raised in Houston, Texas, performed in various singing and dancing competitions as a child.

She was introduced to popularity in the late 1990s as the lead singer of Destiny’s Child, one of the best-selling girl groups of all time. She has over 23.3 million subscribers on youtube.

Madison Elle Beer was born on March 5, 1999. She is an American singer, songwriter and internet personality. Madison was born in Newyork to a Jewish family. She began posting covers to YouTube in early 2012. Beer gained ample media coverage when Justin Bieber posted a link to one of her covers. She released her debut single, “Melodies”, in 2013. 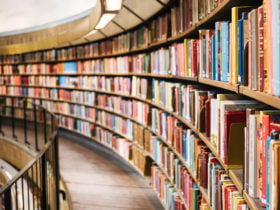 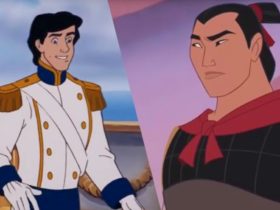 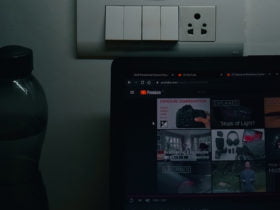