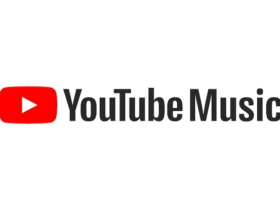 Nigerian singer & songwriter, Mr Eazi has unleashed his new song, ‘The Don‘ from his forthcoming EP, ‘Something Else.’ Listen to the full song below.

The EP, Something Else will be released on Feb. 19. It continues a pioneering blend of Banku music and dancehall, dripping in his trademark languid vocals. The track, “The Don” offers listeners the first taste of Something Else, and a window into MR EAZI’s ever-expanding world.

“I spent the entire year working on building emPawa Africa and morphing into ‘Don Eazi,’” Mr Eazi said in a press release. “I almost had no time to record. This project was inspired by Kel P and Killertunes, who kept coming to meet me in Accra until I finally recorded ‘The Don.’ That opened the door for me getting back in the studio.”

According to press materials, Mr Eazi is currently working on his upcoming third album, tentatively titled Life is Eazi, Vol. 3.

He sings, ‘Man I be Don and I paid my price I’m living like I’m in paradise / All of the girls say me sweet and nice Oya sun gbalaja make I throw tonight / Oya whine am low kole gbowo o To ba wa o ma gbowo o / So fun won for igboro o uhnnn mo ti gboro o.”

Mr Eazi ‘The Don’ Out Now! Like This Track? Stream & Download The Full Song By Clicking Here.