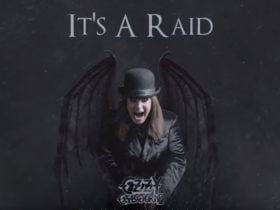 The award show, MTV VMAs (Video Music Awards) 2021 has announced that it will come with a Live audience at New York City this year.

MTV VMAs 2021 will take place on September 12. at Barclays Center in Brooklyn, New York, in front of a live audience.

According to the reports, “MTV and Barclays Center are working closely with state and local officials to implement best practices in order to safely bring together music fans from around the globe.”

They pointed to the Barclays Center’s current health and safety protocols, which include separate seating areas for vaccinated and non-vaccinated guests, and noted that additional specific protocols will be announced closer to the event.

Meanwhile, Last year’s VMAs were originally scheduled to take place at Barclays virtually. Some of the performances filmed on location in New York, and rest of the performance were reportedly shot in remote cities like Los Angeles and Seoul.