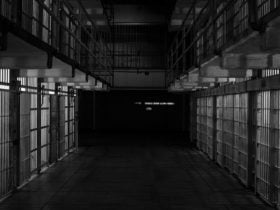 10 Most Secure Prison In The World

In this list, We are going to share the top 10 most liked videos on YouTube around the globe. The list carries different types of genres and songs and many different artists coming from different cultures and countries. The like count is taken directly from the page of the video itself.

So here comes the top 10 most viewed video on YouTube:

Coming from South Korea this girl group comes at 10th position for their song “How you like that” with more than 20 Million likes.

Marshmellow is one of the most subscribed people on YouTube with over 53 Million subscribers so without any doubt it’s obvious he is also going to make the list with his song Alone having over 20 Million views.

It feels nostalgic now, but this viral juggernaut came out less than 9 years ago. Spawning a mass of dance recreations and endless radio plays. It was the first YouTube video ever to hit 1bn views. It was also the most-liked YouTube video for over 1,400 days.

READ MORE – We All Are Become Music Addict Unknowingly

The boys are on the list, this time with an American pop star Halsey. As the BTS army is growing there’s no doubt about them being on the list and their videos got over 22 Million likes.

Coming all the way from Norway this EDM track by Alan Walker was a huge commercial success for Walker and helped him establish his career with more than 23 Million likes for the video and still counting.

The video from 2017 is the fastest to touch a billion views in the shortest of time and to this day it is the third most-watched video on YouTube with over 26 Million likes and still counting.

Who would have thought a kids song would become one of the biggest viral hits around the globe with over 28 Million likes and also one the most peculiar entry on the list.

The biggest K-Pop giants with their second entry in the list with their 2020 video “Dynamite” with over 28 Million views stand third.

It was the most liked video at a point on YouTube, but now stands at second position with over 34 Million likes, but I don’t think Wiz even cares even the videos in the second position as the song was no.1 hit in the U.S, U.K, New Zealand, and Australia. This song was dedicated to Paul Walker.

Leaving all the competition behind the video for “Despacito” is the most liked video with more than 44.41 Million likes and it also one of the most viewed videos on YouTube with over 7.3 billion views and counting. It will take too much effort for any other video to even come near the score.