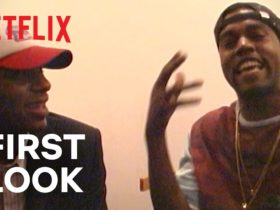 Music Declares Emergency has launched a new “US chapter”, with musical artists including, Billie Eilish, Bon Iver, Arcade Fire, and Brian Eno supporting the cause.

The group [MDE] has launched its US endeavor with support from artists who are passionate about the climate crisis. The official MDE US homepage can be found here.

A statement said: “Now, more than ever is the time for the United States to loudly and proactively join the rally to curb and reverse greenhouse gas emissions.

“The climate crisis is the greatest challenge of our time, and the power of music should take its place at the forefront of this important movement to create a safer, fairer, more sustainable world. The climate crisis is about science, not politics. There is NOMUSICONADEADPLANET.”

According to the reports, MDE is now also operational in France, Germany, Switzerland, Chile, and Canada. It’s gathered over 6000 signatures from across the music industry supporting a declaration that calls for an immediate governmental response to do more to combat climate change.