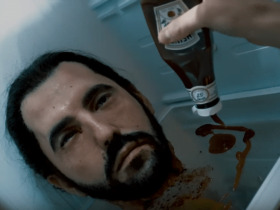 American rapper, Nas has teamed up with 21 Savage for a new song named “One Mic, One Gun.” Listen to the full song below.

The song dropped just two weeks after 21 Savage dismissed the Illmatic rapper as irrelevant in a discussion on the Clubhouse app, reportedly saying, “He’s not relevant, he just has a loyal ass fan base…and he still makes good-ass music.”