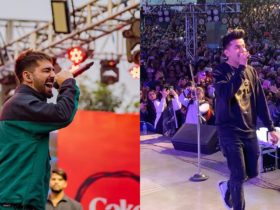 The Indian singer Neha Kakkar became the second most-watched female artist on Youtube in 2019. She has ranked second in the list of ‘Most viewed artists.

Neha Kakkar is an Indian singer. She began performing at religious events at the age of four and participated in the second season of the singing reality show, Indian Idol, in which she was eliminated early. After several struggles, she made her Bollywood debut as a chorus singer in the film Meerabai Not Out.