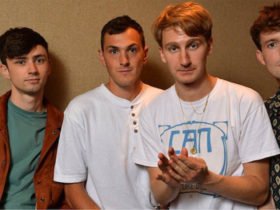 The track appeared to sample Rick James’ 1981 hit song “Super Freak” & co-produced by Aaron Joseph, Dr. Luke, Malibu Babie, and Vaughn Oliver. Recently, She teased the track with a video on social media, to which the official account for the late Rick James responded: “Banger.”

Meanwhile, In addition, she dropped a number of singles: “We Go Up,” “Do We Have a Problem?,” and “Bussin.” Her most recent solo single was 2019’s “Megatron.”