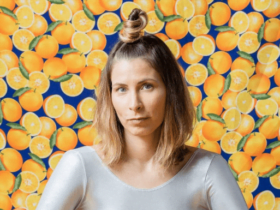 The track starts with a skit led by an Uber driver named Matthew, who’s demonstrated later in the song to be the brother of Stan, the subject of Eminem’s titular 2000 hit. With incendiary bars, The Game delivers a litany of deep references to Eminem’s career, catalog, and private life, taking aim at his history of addiction, his family, and the debate over whether Eminem is guilty of cultural appropriation.

In a standout moment, The Game satirizes Eminem’s flow in his 2002 song ‘Lose Yourself’, rapping: “Oh, he goes platinum / And, oh, I’m on the ‘Math with him / He got all the Blackest friends / He wants to be African / Me, left for dead on the ‘Doctor’s Advocate’ / Dre never executive-produced it, I just imagined it.”

On the other hand, in the track, Rapper, fires quips at several of Eminem’s associates – among them 50 Cent, Dr. Dre, and Paul Rosenberg (Eminem’s manager). He ends the track out by encouraging Eminem to hit back with a diss of his own: “Mr. Shady, don’t be shady / Pick that pen up, don’t be lazy / Call up Dre and get that Dre beat / Jump off stage if shit gets crazy.”