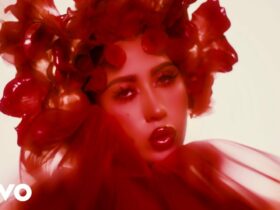 The Dutch DJ, & record producer, Nicky Romero has dropped his brand new first EDM track named ‘Time To Save‘ from the upcoming project Monocule. Listen to the full track below.

Nicky will be releasing two more tracks tomorrow from the new project, the track “Time To Save” featuring Tim van Werd and Mosimann. Earlier this week, Nicky Romero was to debut a new alias called Monocule that was going to show off a deeper side of his music.

Nicky Romero shared the track release via Instagram and said, “After 10 years producing as Nicky Romero I wanted to take some time to experiment with new sounds and show the world a deeper side of me. I’m proud to present project @monocule! ‘Time To Save’ with @timvanwerd and @mosimannofficial is out now, there are two more tracks dropping tomorrow! I hope you like the EP as much as I loved working on it. I’m curious to hear your first thoughts in the comments!”

The track, “Time To Save” has a very clean/smooth base, sultry home tune that foregoes a lot of the primary stage attraction that Nicky is known for. The bassline is amazing and restrained with excessive vocals that by no means overshadowed. Drum’s pulse and pound to create a catchy rhythm that’s good.

Earlier this week, The DJ/producer, Nicky Nicky Romero teased his new alias named, Monocule, also announced the news via his official Instagram account, tagging a newly established profile, @monocule. As the bio reveals, the project is taking on “the deeper side of @nickyromero.”