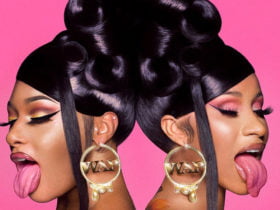 The American rapper, & singer, DaBaby has teamed up with Quavo for the brand new hip hop track named ‘Pick Up,’ directed by Reel Goats. Watch the full video below.

‘Pick Up’ is the Quavo assisted track from his third studio album, Blame It on Baby. Yesterday, DaBaby announced the release via Instagram with a teaser, showing some trippy outer space shots, some jungle scenes, and a few references to the Friday franchise.

The track released after DaBaby performed a Blame It on Baby medley at the MTV VMAs. “I just recorded everything on the deluxe after I recorded the other album,” last month, he told Complex, “For a lot of other people, the deluxe is full of songs they got in the cut that didn’t make the original album. They’re just throwing them on there, but I recorded a whole new set of songs and put it out.”

DaBaby – Pick Up feat Quavo Official Music Video out now! Like this track? Stream and download the full track here.

Last month(on 3rd Aug), DaBaby dropped his brand new hip hop track named ‘PEEPHOLE.’ The music video ‘PEEPHOLE‘ is directed by Spicy and James Rico. It’s actually impressive, especially while you take into account what a mainstay DaBaby has been on the Billboard charts. Meanwhile, he also released his third album, “Blame It on Baby“ Deluxe Edition. The album featuring 10 brand new tracks.