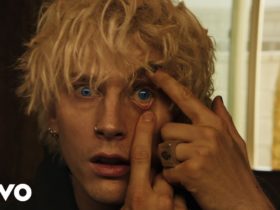 Pau Dones, the singer, and guitarist with Jarabe de Palo has died at the age of 53 after a nearly five year battle with colon cancer.

Jarabe de Palo released their first album in 1996, titled La Flaca. The band’s final release, Tragas O Escupes, was released in May 2020. The album’s title translates into English as “Swallow or Spit.”

Since 2008, the band released their materials on their very own label, Tronco Records. Just a few days before his loss of life, Tronco Records stated that Tragas O Escupes was listened to 772,000 on Spotify and had achieved 3.1 million views on YouTube.

Dones’s death was confirmed by the band in a press release on their official social media pages. The statement thanked various cancer hospitals for their “work and dedication” during Dones’ battle with the illness.

Dones also collaborated with The Pretenders’ Chrissie Hynde. In 2004, Dones penned the duet between the pair, Cry. El Pais reported at the time that Hynde tracked Dones down after hearing one of his songs on the radio in a taxi in Barcelona. Hynde was in the city performing with The Rolling Stones. Their song appeared on Jarabe de Palo’s 2004 album, Un Metro Cuadrado.

Dones has also collaborated with Pavarotti and Cuban singer Celia Cruz. In April 2020, Cruz publicly thanked Dones for his kind words about her in his autobiography, 50 Sticks.