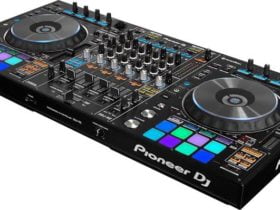 The UFO guitarist and Lone Star Paul ‘Tonka’ Chapman has died at the age of 66. No cause of death has been made public.

Paul’s family confirmed his dead news on the musician’s Facebook page, saying that he passed away yesterday afternoon on what was his birthday.

His son wrote on Facebook, “It is with a heavy heart writing this, today is my dads 66th birthday. He passed away earlier this afternoon. He was a brilliant, energetic, loving and most carefree person and the First man I ever loved.”

He added, “Everyone he came in contact with loved him. no ADORED him. will keep everyone posted on his celebration of life. I appreciate everyone’s thoughts and prayers as his family grieves and processes everything at this time. I love you Dad. So much.” – Check out the post below.

During Chapman’s tenure with the band, UFO released four albums – No Place to Run, The Wild, the Willing and the Innocent, Mechanix, and Making Contact – before the group disbanded in March 1983.

After relocating to Florida, USA, Chapman formed a number of bands, including DOA, Waysted, Gator Country, and Killer Bee. In recent years, Chapman spent much of his time teaching one-on-one guitar lessons.

Chapman joined UFO in 1974 and toured with them in support of their third studio album Phenomenon. However, his first tenure with the band didn’t last, and Chapman departed the following year to form Lone Star with Kenny Driscoll,  Tony Smith, Ray Jones, Jim Matthews, Pete Hurley, and Dixie Lee.

Tributes to Paul, his UFO Band wrote, “We send our deepest sympathy to the family and friends of Paul ‘Tonka’ Chapman, who died yesterday on his 66th birthday. Paul’s son broke the tragic news on Paul’s Facebook page yesterday evening. R.I.P. Tonka.”

Former Motorhead guitarist Phil Campbell said: “Just woke up to sad news of Paul Chapman passing. He was my main influence on guitar for many years and a brilliant bloke. Thoughts are with his family.”