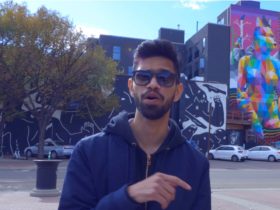 This will mark the first album that will have been available on 5.1 Surround Sound. The most famed 2018 remix of their 1977 album Animals releases via Warner Music [Sony Music outside Europe] on September 16, with the Deluxe version available from October 7.

The band shared the news via social media and wrote that “September 16th sees the release of Pink Floyd’s Animals 2018 Remix on CD, LP (with gatefold artwork), Blu-ray, SACD, and on October 7th, Deluxe Gatefold format. The Deluxe Gatefold version includes LP, CD, audio Blu-ray, audio DVD, and a 32-page book. The Blu-ray and DVD audio include the 2018 remix in Stereo, 5.1 Surround (both by James Guthrie), and the original 1977 Stereo mix. The 32-page booklet features rarely seen behind-the-scenes photographs of the album sleeve shoot along with living images and memorabilia.

For this new release, the iconic artwork has been re-designed for the modern era by Storm’s Hipgnosis partner Aubrey ‘Po’ Powell. Taking new shots of the building as it appeared during the recent conversion work, Po experimented with new angles and produce some striking new takes on the classic original. Po elaborates: ‘With the original 1977 album cover being such an iconic piece of stand-alone art, I had the chance to update it, which was a rather daunting task, but Hipgnosis took the opportunity to re-photograph the image to reflect a changing world, and by using modern digital coloring techniques I kept Pink Floyd’s rather bleak message of moral decay using the Orwellian themes of animals, the pig ‘Algie’, faithful to the message of the album.'”