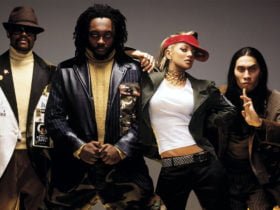 Back in November 2021, Malone released the first track from album, Twelve Carat Toothache, “One Right Now.”

“I felt so cramped,” the singer-songwriter born Austin Post tells Apple Music. Restless and eager for a change of pace, he and his team moved into a house in Malibu right on the water. “It was just so freeing,” he says. “I was like, ‘I’m not scared to express myself or make music or write songs.’”

Speaking about the Fleet Foxes collaboration with Zane Lowe, Malone called Pecknold “a beautiful man.” He continued, “I didn’t quite know what to expect because I’m like, this guy’s a fucking genius. You know, don’t meet your heroes, you know what I mean? And he was the sweetest man in the universe!”