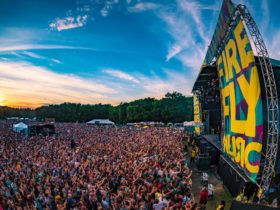 The track marked the first time Tame Impala had performed the song, and frontman Kevin Parker indicated it would be the last when introducing it, saying: “Probably never again. It’s just for you guys.”

On Thursday night (June 2), The cover was performed as the first song of the encore.

The Strokes were the second headlining act of the festival to withdraw from their performance after Massive Attack canceled their upcoming tour dates back in March due to illness.

Last month, The Strokes cancelled their set at Boston Calling due to a positive COVID case within their camp, with Nine Inch Nails replacing them on the bill.