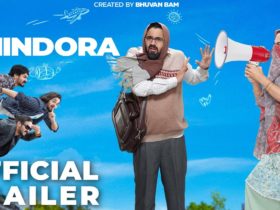 DJ Snake shared a cover art of his upcoming song on his social media with the caption, “TRUST NOBODY | JUNE 24th.” Which means he is all set to release his new track on 24th June. You can pre-save the track by clicking here.

MUST-READ – Above & Beyond New Track ‘Reverie’ Out Now

Fans have been waiting for this track for a long time. This track was that huge new one he performed at his La Défense Arena earlier this year, and it’s been his most-anticipated ID in an extended, very long time. The song is highly effective and unrelenting, and a stark distinction to his extra pop materials with its heavy bass.

Last year he released his star-studded ‘Carte Blanche’ album, and it included a few of his greatest collaborations so far. This year however the DJ & producer has remained reasonably quiet on the music entrance apart from making a viral clip from Cardi B’s ‘Coronavirus’ rant. He had teased the new track earlier in the year featuring insane reactions at festivals so we are not surprised he’s chosen this one to make his return.