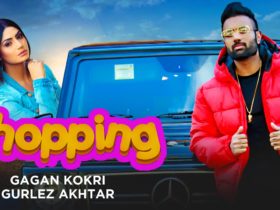 The track is co-produced by Kanye West and 88-Keys, and it features the voice of Fat Joe yelling “yesterday’s price is not today’s price.”

In a recent conversation with Complex, Pusha T said, “I’m on someone thousand percent rap superhero shit, man.” He continued, “This era of Push is probably the most relaxed and competitive. I take the game so lightly, because now I know I’m so different. I know nobody is touching me on the street rap tip. It’s just not happening.

“I just want them to understand my foundation, and when it comes to my foundation, ain’t nobody fucking with me on that. So now I just take it all so lightly and just be great. You ain’t see me do nothing for the last two years except hold my child and build homes. I just wanted the world to see my son. He’s so beautiful. I just wanted to drill that into the world for 19 good months, now it’s time to go.”

Along with the music, Pusha T launched the Third Strike Coming Home Campaign, an initiative to free people serving life in prison under “3 Strikes” drug laws.