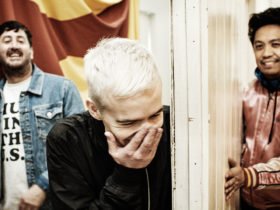 American rappers and record producers, Quavo and Takeoff have revealed their new album named “Only Built for Infinity Links.” Check out the full post below.

The hip hop duo shared the news via Instagram and wrote that “Only Built For Infinity Links ♾ The Album 💿 📅 10/7.” It will be released on October 7 via Quality Control/Motown.

Quavo and Takeoff have not revealed a tracklist yet, the duo issued a string of singles earlier this year, starting with lead single “Hotel Lobby.”

Recently, Quavo teamed up with Takeoff for the single named “Big Stunna” Ft. Birdman. Quavo unveiled the reason why Takeoff left the Migos hit “Bad and Boujee.” Speaking with Rap Radar for an upcoming interview, the two explained that it was an issue of timing.