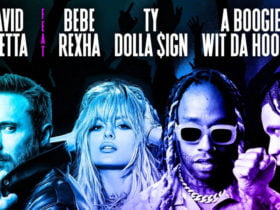 After a long time he released his new album, he had been working for this album for a long time and now it is here, meanwhile fans also loving the album.