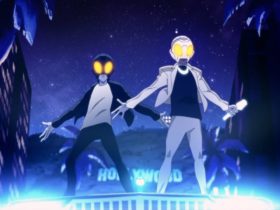 In accordance with the Deadline, Rina Sawayama will star role in John Wick 4 alongside Keanu Reeves in the next edition of the franchise, which is due to come to cinemas in 2022 after multiple COVID-related delays.

“I’m so glad to have Rina on board to make her feature film debut in John Wick: Chapter 4,” Stahelski said, according to Deadline. “She’s an incredible talent who’ll bring so much to the film.”

John Wick: Chapter 4 will begin production this summer, with filming taking place in France, Germany and Japan. Last year Reports indicated that Chapter 4 will be released on Friday, May 27, 2022.

John Wick 4 is set to be directed by Chad Stahelski, with Shay Hatten and Michael Finch writing the script. The report reveals that Sawayama’s specific role is currently being kept secret.