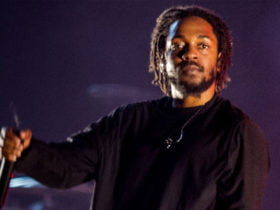 Spanish singer and songwriter, Rosalía has unveiled her upcoming new album named ‘Motomami’ artwork. Check out the full artwork below.

The track, “La Fama” will appear on Rosalía’s new album Motomami. The LP will be the follow-up to her Grammy-winning breakout El Mal Querer from 2018.