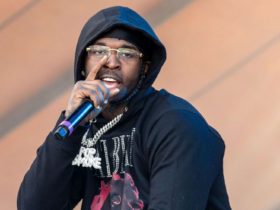 Rapper Pop Smoke dead At Just 20 In An Armed Robbery

American blues drummer and vocalist, Sam Lay has died at the age of 86. Pitchfork & His record label Alligator has confirmed.

According to The Chicago Sun-Times reports, Lay was experiencing heart problems, was taken to a nursing facility near his Chicago home, and died shortly after arriving.

Member of the Blues, Jazz, and Rock & Roll Halls of Fame, Lay helped bring Chicago blues to a rock and roll audience. A virtuosic player, he was renowned for his “double-shuffle” a distinctive drumbeat based on the double-time hand-clapping he would hear in church as a child and memorable fashion sense, often seen donning a cape and cane.

He first played professionally in Cleveland, Ohio in the 1950s. He would later move to Chicago and join Little Walter’s band. His next gig was with Howlin’ Wolf’s band, with whom he recorded “Killing Floor,” “I Ain’t Superstitious,” “The Red Rooster,” “Goin’ Down Slow,” and “300 Pounds Of Joy.”