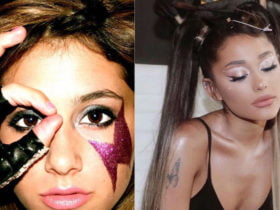 Know Why Girls Are So Mad About Ariana Grande Makeup

In an interview with Zane Lowe on Apple Music 1, Rosalía said she was “just having fun” when making “Chicken Teriyaki.” She continued, “There’s irony in the lyrics. And yeah, just remember having fun with it.” Rosalía also noted that “this song happened in the Mercer Hotel in New York.”