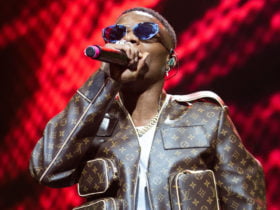 The music video is directed by Autumn de Wilde, Choreographed by Ryan Heffington.

Florence Welch says about the new song in a statement, “As an artist, I never actually thought about my gender that much. I just got on with it. I was as good as the men and I just went out there and matched them every time.

“But now, thinking about being a woman in my thirties and the future, I suddenly feel this tearing of my identity and my desires. That to be a performer, but also to want a family might not be as simple for me as it is for my male counterparts. I had modeled myself almost exclusively on male performers, and for the first time, I felt a wall come down between me and my idols as I have to make decisions they did not.”