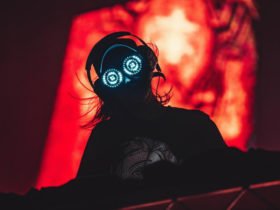 Shawn said the full story of his new album, “MANGOTALE is my first full-length project & I’m incredibly excited for people to listen to it! I produced almost the entire thing on my laptop at home! I’ve changed, developed & grown so much over the last five years”

“my understanding of the world, of myself & my personality; being disassembled & reassembled; making friends; the people I’ve interacted with & my different musical inspirations/mentors.” He continued.

“I feel like this project perfectly expresses that shift while also channeling the energy & emotion I had in those different chapters of my life. MANGOTALE also flexes a lot of my musical range between collaborative pop energy production and weird knob-twiddling audio manipulation sound design.”

4 days ago, he uploaded a video on his Instagram account and expressed his feelings about the album. – Check out the video here.