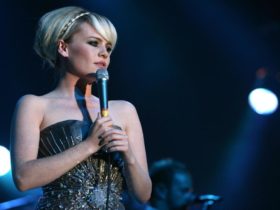 The Punjabi music artist Gippy Grewal has released his new song called ‘Me & U.‘ – Listen below.

The latest Punjabi video song “Me & U” features new collaborator Gippy Grewal & Tania. The song is sung by Gippy Grewal and the music is composed by Desi Crew. The lyrics are written by Happy Raikoti. The video is directed by Deo Studios.

Last month, he released his 2 super hit Punjabi songs named ‘NACH NACH‘ & ‘Miss U‘, and recently he dropped ‘VIGAD GAYA‘, and now he came with his new track ‘Me & U.‘

Latest Punjabi Song ‘Me & U’ By Gippy Grewal

Gippy also announced his new album on the way, but he has not revealed the official releasing date yet, it seems like we will get the biggest Punjabi blast album as soon as possible.