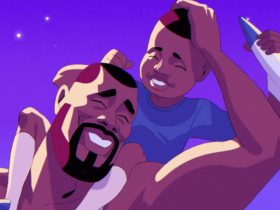 Punjabi musical artist, Sidhu Moose Wala has teamed up with Gulab Sidhu for the latest Punjabi song called ‘22 22.’ Watch the full video below.

The track, ‘22 22‘ is performed & Lyric given by Gulab Sidhu & Sidhu Moose Wala, Music is given by Ikwinder Singh, Video by Tru Makers, & directed by Khushpal Singh, Dilsher Singh.

Earlier this week, they teased the track, The song has an amazing super gangster look of Sidhu’s with Punjabi style, as we all know, without guns, there is no fun in Sidhu’s music videos. Know more about the song watch the full music video here.