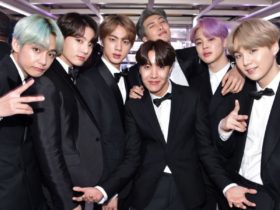 American musician & DJ, Slushii has dropped his third studio album of the Dream series named ‘Dream III.’ The album has filled with multiple music tastes. Listen to the full album below.

Slushii said, “With DREAM III out, the emotional weight is off my shoulders. I can finally let go peacefully, and move on. this could be the last time we hear from Sapientdream.”

The album, “Dream III” features 17 brand new tracks including, Hello World, Painter, That Night You Held My Hand, I’m Gonna Change The World(One Day), Fall For You, Island Loneliness, Question, May 8th, In Her eyes, Lost & Found, All Alone, IMU, If These Last(Fer Moments), Mind Fuzz, Was I Just A Friend, Young Love, & Goodbye World.

Last month, he shared the album news via social media, and wrote that “Slushii & @sapientdream DREAM III September.” In reply to a fan asking if the album would merely function each alias or a merging of kinds between them, Slushii additionally unveiled that this album could be the tip of a trilogy and it “calls for the best of both worlds.”

In 2018, Slushii dropped his fourth studio album, DREAM, which featured 16 tracks that are beautifully intimate, with a great hand on dynamics. In 2019, after releasing the first part of the album ‘DREAM‘, he had released the second part named ‘DREAM II‘ under his new project called Sapientdream.

Meanwhile, In 2020, the record producer collaborated with Steve Aoki, Holly, RayRay, and Tokyo Machine. On ‘Dreams’, Slushii learns to love himself through the darkness, and we’re falling in love with his courage on each tune.