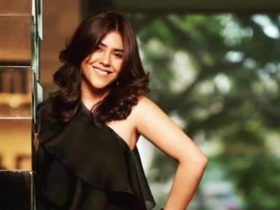 Music streaming company, Spotify is testing a new feature for its Android users. The new feature is basically an extension of a previously available feature where the platform allowed users to listen to locally downloaded music on their Android/iOS.

According to TimesNowNews.com, The main limitation of the early available feature is that users had to sync the songs on the same local networks as their desktop Spotify app. Now, this is all set to change and Spotify has been reportedly testing a new feature where users will be able to play locally stored music directly within the app.

The feature was spotted by reverse engineer Jan Manchun Wong who posted a picture on her Twitter handle where the feature is available as a toggle in the Android app.

The feature is currently being tested only on the Android Spotify app. Spotify is yet to make and official announcement if at all, will the feature be available to the wider public.

Spotify has officially launched Spotify Wrapped 2020 for listeners. Now Spotify users can now check their listening experience. The Wrapped 2020 expertise is on the market on the Spotify app for Android and iOS. It’s seen on the home display of the app below ‘2020 Wrapped’. You can check your 2020 Wrapped by clicking here.