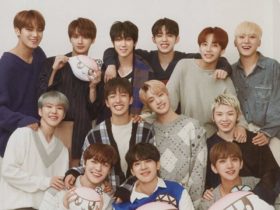 American DJ, and record producer, Steve Aoki will be a part of the Dear Moon crew for the first-ever civilian space mission to the moon. Check out the post below.

Dear Moon Project announced the crew member via Instagram with the caption, “Meet the dear moon Crew Selected From 1 Million Worldwide @yusaku2020 announced the 8 crew members and 2 backup crew members who have passed the selection, interviews, and medical checks. The artists selected include world-renowned musicians, photographers, an Olympic gold medalist, and others of various nationalities and backgrounds.”

The mission will take place next year, with a final crew of eight flying to the moon on a rocket developed by Elon Musk‘s company SpaceX.

“Since I was a little child I was dreaming of going to the Moon. It’s becoming more and more real every day,” Aoki said in response to the news. “Still hard to believe but very excited and grateful for this amazing once-in-a-lifetime opportunity. To the Moon!”

Over a million people applied to be part of the project. K-pop artist T.O.P will also be on the mission, becoming the first South Korean civilian to ever visit the Moon.