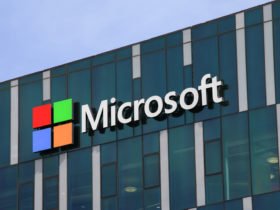 DJ Steve Aoki, Sting and SHAED has released their new EDM Song “2 In A Million” at Ultra Music. They collabs together after a long time, Sting and SHAED gaves malicious vocal in this song With the amazing EDM drop by Famous DJ Steve Aoki. The thrilling Lyric you’ll listen in this song “2 In A Million“. We had been waiting for this drop for a couple of months and now it is here. Hope you like this drop.

Here is the Official EDM song “2 In A Million” by the most popular music artists Steve Aoki, Sting and Shaed. You must listen this drop here and share with your friends.

You can Stream/Download “2 In A Million” across this platform By clicking here :- CLICK_HERE

Sting(Gordon Matthew Sumner CBE) is an English musician and actor. He was the principal songwriter, lead singer, and bassist for the new wave rock band the Police from 1977 to 1984, and launched a solo career in 1985.

Shaed is an American indie pop trio based in Washington, D.C. The group consists of lead vocalist Chelsea Lee and multi-instrumentalists Max and Spencer Ernst. They released their breakthrough single “Trampoline” in June 2018.