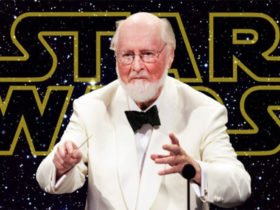 The British rapper & singer, STORMZY has dropped the powerful strong music video of the track named ‘Superheroes.’ Watch the video below.

The track, ‘Superheroes‘ is the latest single to be taken from the London MC’s December 2019 album ‘Heavy Is the Head’, directed by British filmmaker Taz Tron Delix. The video clip contains nods to the likes of Dave, Little Simz, and Manchester United and England star Marcus Rashford, and is devoted to the reminiscence of the late Black Panther star Chadwick Boseman.

The video highlights the work of the Black Lives Matter movement, which, as director Delix said Little Black E-book in a recent new interview in regards to the making of the clip, was impressed by the London protests in June.

“We can’t ignore what happened,” Delix said. “It’s what the whole song is about. And it’s what Stormzy’s about. He was there on the day, out there protesting.”

In a brief recorded speech that accompanied the published of the ‘Superheroes’ video in schools, Stormzy mentioned: “I wanted to show it to you guys first [because] being students at school, I think it’s important that you guys understand how powerful you are…

“Despite the colour of your skin, despite where you come from, despite your religion, despite whatever it is that you feel may be holding you back: you are a superhero. So, I wanted to make this video to inspire you guys, to let you know that the sky is the limit. To let you know that all those things inside of you, make you incredible.”