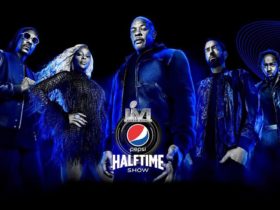 Dil Bechara, directed by Mukesh Chhabra, will release on Disney+Hotstar on July 24. The title track Composed, Produced and Arranged by A R Rahman, Lyrics are given by Amitabh Bhattacharya, Additional Vocals is given by Poorvi Koutish, Hriday Gattani, and Strings: Sunshine Orchestra, conducted by V J Srinivasa Murthy.

Dil Bechara is Sushant Singh Rajput’s final movie, which he filmed before the nationwide lockdown was imposed due to the coronavirus outbreak in India. Sushant was found dead in his Mumbai apartment on June 14.

In an interview with Times Of India, Farah Khan said about the track, “This song is particularly close to my heart because it was the first time I choreographed Sushant. We were friends for a long time but had never worked together.

“I had also made a promise to Mukesh Chhabra (the director of the film) that whenever he makes his directorial debut, I would choreograph a song for his film. I wanted the song to be done as a one-shot song because I knew Sushant would be able to do it perfectly,” She added.

Mukesh(the director of the film) said, “Dil Bechara track is one of my favorites from the album and it’s the last song that Sushant shot for. Farah Di rehearsed the song with Sushant for a day and then shot the whole song in one shot.”