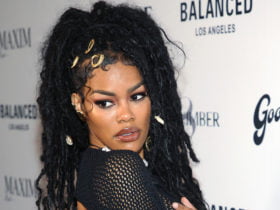 American singer and songwriter, SZA has plopped four versions of her album track “Kill Bill.” Listen to the full album below.

The track drops momentarily after the release of the track’s Christian Breslauer-directed music video, which featured a cameo from Kill Bill actress Vivica A. The Kill Bill pack features the original version of the song that emerges in her latest album, SOS, along with sped-up, instrumental and vocals-only versions.

In addition, The track, “Kill Bill” bounced to No. 1 on the Global 200 chart and is presently challenging Taylor Swift’s “Anti-Hero” for the top spot on the Billboard Hot 100. Meanwhile, SOS spent its fourth consecutive week atop the Billboard 200 the first R&B album by a woman to spend its first four weeks at No. 1 since Janet Jackson’s janet. in 1993.