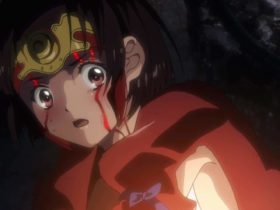 12 Best Zombie Anime You Must Watch

Hello guys, do you know, Music is that factor in our lives that can directly connect to our hearts and soul? Indian music festivals are extremely popular. These festivals are not only a great time to have fun, but it’s also a wonderful time to explore new artists and has new experiences as well.

Moving on, various Indian music festivals have been organized in India over the last decade. It’s righteous to mention that we as Indians also have a very developed festival culture.

Reading below you will find every important detail (cost, place, month in which the event is being organized, etc) that you need to know to attend all.

This article is highly recommended for those musical freaks who don’t want to miss out on any Indian music festivals.

Hence, without wasting much time I will take you straight into the list of 10 such Indian music festivals that no one should miss out on. I would suggest you experience them at least once in a while.

Sunburn Music Festival is a completely crazy place to be, trust me when I am saying this. However, it’s a commercial electronic dance music festival celebrated in India.

It’s tremendously popular in India as well as in other parts of the world. In addition to this, earlier It was ranked by CNN in 2009 as one of the Top 10 Festivals in the world, well that’s commendable!

This festival is organized for 3-5 days every year. The artists on the stage play their genre simultaneously.

Goa Sunsplash is popularly known for Reggae music. You must have heard that people love to visit Goa in December and January. It is primarily because in these months only the music and arts festivals set up their shops here.

This biggest reggae music event is set up for around 3 days. It was first introduced in the year 2016, and since then it’s been everyone’s favorite festival in India’s festival circuit.

In addition to this, here a dance camp is also being provided for the dance and music lovers as well so that you can enjoy it to the fullest.

Mahendra Music Festival is also one of India’s biggest music festivals that is organized in February at Mehboob Studios, Bandra, Mumbai.

However, this festival has attracted several prominent blues musicians and legends over the years. This music festival is more of a cultural movement.

This music festival has a separate fan base. Every music lover would want to see this festival at least once. In addition to this, not just Indian audiences but people from all over the world have been regulars at the Mahindra Blues Festival for the last decade.

VH1 is India’s wonderful place to be to enjoy a beautiful destination experience. However, here the best artists from India as well as around the globe come to perform and sets the stage on fire.

This will give you an enthralling experience, the music and sound will release serotonin in your body for sure.

In addition to this, through music, you will experience the feeling of oneness here. Here the sound waves are indeed quicker than the actual speed of sound.

However, these musicians perform on 4 different and iconic stages that represent one earth. Music is a great way to unite people, to let people know about different cultures, hence this amazing music festival is pretty enough to provide you with all that.

Moving on, the concept of echoes of the earth is about using old, recycled, and up-cycled media in a unique way, and bound to draw applause.

Like Sunsplash, this hilltop festival is also organized in Goa. The gathering takes place in the waterfront region of the Vagator in Goa.

However, the three very different stages get set up in a three-day event where artists from around the globe who are invited to the event, sets the stages on fire and drive people crazy.

At the event, the gathering is attended by more than 5000 local and international visitors. Everything is so great about this event such as stage designs, dance parties, perfect sounds, and a lot more.

Magnetic Fields music festival is celebrated every year only in December. It’s a 3-day musical event, they aim to provide you with peace, prosperity, and unity in mankind.

Honestly, guys, it’s such an amazing feeling to be there. Last year in 2022, the theme of this musical event was a blend of Rajasthani folk and contemporary music.

Delineating you about the several top performers of the magnetic fields festival 2022, named Maribou state, the black madonna, Ross from friends, Hunee, etc.

In my opinion, One just can’t miss attending this musical festival if they have attended it once in their lives. CAD is one of the most famous music festivals ever.

The crowd here at this musical fest is always about loyal fans. However, over the years since this musical festival came into known, it has established itself as one of the top music festivals in the country.

Sula Fest is India’s biggest music festival, if one is attending this musical festival one needs to make sure that they have enough time to be at that place for about 4 days.

Here is a combination of soothing music that will leave you mesmerized. You will have an abundance of fun here to experience.

Sula fest always promises to be bigger and better. There is also a Sula fest bazaar to enjoy delicious gourmet food, drinks, funky brands, and a lot more. In addition to this, here you will also get the chance to meet the winemakers of Sula.

NH7 Weekender is India’s biggest and most well-known music festival. When you go there and enjoy it, you will surely mention that it was the happiest music festival you ever have attended.

It allows you to share moments with your loved ones for sure. The artists come here to perform from around the world.

Let me suggest to you something about being here for the first time, there are certain things to do that you surely should not miss out on, such as enjoying the view of the city skyline from the venue, the sunset view directly from the stage, beverages, stay where the sound is nice so that you can be grooving around.