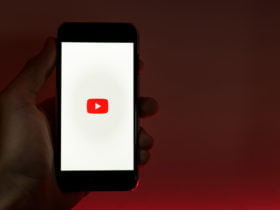 Hello guys, how have you all been? Let’s discuss Ryan Reynolds Movies today. For those who don’t know who Ryan Reynolds is, he is a Canadian-American actor, producer, and a Great businessman.

However, he was born in British Columbia. This gentleman has Scottish and Irish ancestry. He started acting when he was in his teens. Moving on, he played several small roles in different-different television series. Further, he moved to Los Angeles in order to pursue his dreams related to the big filming industry.

Furthermore, this article on Ryan Reynolds’s movies comprises the list of his 15 movies that we all must watch. Ryan has won several awards and nominations as well as a great actor.

Apart from this, he is a great humanitarian as well. Ryan Reynolds has garnered praise for all his charitable work. Throughout his Hollywood acting career, he has evolved as a great actor. In addition to this, he has also worked with several great actors of all time, which eventually helped him in gaining fantabulous popularity.

Ryan Reynolds movies are great in terms of serving the best entertainment in terms of comedy, action, romance, thriller, and a lot more guys.

So, how about diving straight into the list of Ryan Reynolds movies? Are you excited as well? Let’s know about all of them.

READ MORE – How To Watch Star Wars Movies In Order

This movie by Ryan Reynolds is funny, sexy, violent, dirty, and extremely romantic. Dead pool is all about the unexpected events unfolding in a staggering way. In this movie, he plays the role of Wade Wilson who works as a mercenary.

In this particular movie, Ryan Reynolds played the intriguing role of romantic lead. The reason why this movie is perfect is to give it watch, the entire casting of the movie. The story film is about one guy and his four loves of life. Don’t you find that interesting as well?

In addition to this, the plot of the execution of this film was also wonderful. Overall I can suggest that it’s an incredible movie. The movie holds the potential to touch your heart and give you a perfect piece of entertainment.

To begin with, this movie is kinda refreshing in my opinion. However, this movie will sure-sure give you the hard laugh that you might even find your jaw aching. The characters in the movie are well-written or we can say that they are just interesting and credible. The script of the movie is indeed wonderful.

The story of the film revolves around a mismatched romantic comedy. This movie is based on real experiences of our lives. This is why when you give it a stream, it will be relatable to you as well, hence you are going to enjoy it even more afterward.

Let me tell you in the beginning when you check the critics of this movie, you might find that many people didn’t appreciate this movie much.

Nevertheless, I would suggest streaming this movie first before making the decision not to stream it due to bad reviews.

Let’s spot some light on the storyline of the movie. In this, a carbon/water-based creature is shown which tons of people find unrealistic. It’s a complete science-based fiction movie. The above-mentioned creature is capable of doing a plethora of tasks.

Just don’t find fault in the casting team, rather look for the incredible premise only.

In this film, Ryan Reynolds is an absolute real person. The film is completely based on emotions, one that can touch your heart and feelings that can even touch your soul. Personally, I really enjoyed streaming this, as I am emotional at heart as well.

However, this movie has the feel of teen movies from the 80s and 90s eras. Reynolds has played a sensitive character, someone who is still tryna find who he is. Miserable!

All the characters in the movie are appealing to the audience because they are portrayed as real humans with emotions and nothing else. One should watch this if they are sensitive enough, as this will give you a good time.

READ MORE – How To Watch Twilight Movies In Order

This movie is a perfect blend of great actors, wonderful effects, and great locations. Basically, the story has a basic stereotype, for instance, the person who appears good and strong at first turns out to be the worst and weak, and vice-versa.

This movie takes place at a very decent location, Cape Town in South Africa. When you watch the fighting scenes in the movie, it will give you a jaw-dropping moment. Overall it’s righteous to mention that the movie will give you pleasant entertainment for sure.

Well, the best scenes in this film take place offscreen. At the beginning of the film, Ryan appears as a fat, unpopular nerd in high school. After 10 years he becomes rich, handsome, popular, and someone who works in the music industry.

Furthermore, Ryan in this film plays the role of Chris. Later he wishes to hook up with Amy smart. Overall, the film is completely a roller coaster ride of various emotions which you will definitely enjoy.

No matter how many times you stream it, you are surely going to enjoy this, consider this a timeless film that gets better the more you watch.

It has the best story. The characters in the film also played the best role play. The story of film revolves around two brothers who were born a hundred years ago.

However they suffer from childhood trauma, and they have only each other’s influence in their lives and nobody else’s. Rest you will know when you stream it.

This movie is based on complete fun. It’s a scatological movie. Overall The movie is a bright and sassy comedy.

However, The film will reminisce about the Watergate era and will make you pleasantly flabbergasted. The main protagonist of the movie is President Nixon. Rest you will know when you will stream the movie.

This movie at first will offer you endless plots. Get assured of amazing suspense, drama, and great presentation of the roles played by the cast members.

However, this film strongly reflects life’s philosophy, “your willpower will make things happen”.

In addition to this, speaking of the concept of the film, it is far away from the chemical-genetics, and more like what makes a hero at our ground level. It’s a worthy movie to stream and enjoy with your friends.

This particular movie has a rating of 5.7/10 on IMDb. The movie begins with preparations for the wedding.

This movie has to offer a little comedy, drama, a witty script, and a lot more. However, both the lead actors in the film have provided the perfect blend of comic dialogues that no one can miss out on. The movie was shot in Chicago.

In contrast, the movie has received mixed Reviews. Do stream it, it has an intriguing story that will keep you engaged throughout the movie.

This movie has an IMDb rating of 5.8/10. However, it’s a pure action-based movie.

The film is well-written and directed by David S. Goyer. This movie was first released in the United States.

However, the film has already grossed $132 million at the box office, in contrast, the budget of the film was only $65 million.

I find the film’s story wonderful. The themes are great, and the acting is wonderful too.

The IMDb rating of this film is around 6.4/10. The protagonist of the movie is the greatest man on campus. He is someone for whom every girl is crazy and wants to be friends with him.

The movie has indigestible humor, in addition to this van’s emotional journey during college days was an inspirational roller coaster ride, that you as a viewer surely going to enjoy.

Here we will find Ryan to perform at his best. His wonderful acting skills are a perfect blend of beautiful expressions, passion, and a lot more. It’s a pure horror-based movie. The one who never has felt terrified whilst watching a horror movie can absolutely be horrified streaming this movie.

Furthermore, this movie will keep you engaged whilst unfolding secrets. When the movie ends, it will further leave you with a lot of questions in your mind. Basically, the constant tension and suspension are the two main elements of this movie. Hence don’t forget to stream it.

Ryan has absolutely played a phenomenal role in this movie. The film has a great script and casting leads. It’s an action comedy about the protagonist (Ryan), who is a top protection agent.

In contrast, the film has received mixed reviews from critics, nevertheless, it is indeed the great film of Ryan’s life. As this film has both Comedy and drama so it becomes absolutely worth giving it a watch.

Hope you guys have enjoyed our pick.