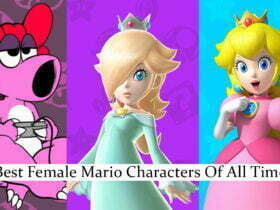 Hey guys! Are you also a music lover and want to know the best music festivals in the world? Here you will get to know the 20 Most popular Music festivals. These festivals often span several days having multiple stages for breathtaking performances. Not only music, but you can also enjoy food, drinks, and several activities.

Most importantly, you can witness your favorite artists’ live performances there. Many festivals offer a diverse lineup of performers, even though there might be multiple genres of music you can enjoy. So what are you waiting for? Check out the list and choose the one you want to attend this year. Let’s go.

READ MORE- How To Watch Live Stream Concerts and Festivals Online From Anywhere?

One of the most famous music festivals, Ultra takes place every year. It is held in March in Miami, U.S. annually. Russell Faibisch and Alex Omes founded it in 1999. The first Ultra festival had performances of artists such as DJ Baby Anne, Paul Van Dyk, Rabbit in the Moon, and Josh Wink.

Ultra Music Festival won six consecutive international Music Awards for “Best Music Event”. Due to the COVID-19 pandemic, events were canceled in the years 2020 and 2021. It came back in the year 2022 and was held at Bayfront Park, Downtown Miami.

READ MORE- What Is A Rave Party || Rave Culture

Coachella Music and Arts Festival is a prominent music festival. It is held annually at the Empire Polo Club, Coachella Valley, California. Paul Tollette and Rick Van Santen founded it in 1999. It all started back in 1993 when the Pearl Jam band boycott the venues related to Ticketmaster.

The music festival expanded from a two-day to a three-day weekend fest in 2007. The best thing about it is its captivating location, Coachella Valley in the Colorado Desert. Initially, it focused on rock music, and now electronic, hip-hop, pop, and other genres are also included.

Glastonbury music festival aka Glasto takes place in Pilton, Somerset, England. The first festival was held in 1970 and hosted by Michael Eavis. It is a five-day festival of contemporary and performing arts. It holds a Guinness world record for juggling.

In fact, Glastonbury has been titled the Largest Green-field Festival and also the Largest Music and Performing Arts Festival in the world. The very first fest has only about 1500 audience. While in 2022, it was amazingly about 210,000.

Tomorrowland is one of the most famous music festivals in the world. It takes place every year at Boom, Flanders(Belgium). The first Tomorrowland festival was held on 15 August 2005 including artists, Push, Technoboy, Yves Deruyter, Cor Finjeman, Armin Van Buuren, Coone, and Yoji Biomehanika.

The mainstage design changes according to the theme every year. Actually, it is the center of attraction in the festival. It also has an L-ISA Immersive Hyperreal Sound system. If you are an EDM lover, then it will blow your mind.

Do you know what is the meaning of the term Lollapalooza? It is an extraordinary thing or event or an out-of-the-world thing. It is one of the longest-running festivals in the U.S. Spin magazine rated the first Lollapalooza fest the “best concert” on the list of “The 35 Greatest Concerts of the Last 35 Years”.

Austin City Limits Festival is an amazing festival held in Zilker Park, Austin every year. It was founded in the year 2002 and was a one-weekend event. In 2012, it became a two-weekend fest. Its food court “Austin Eats” features local Austin restaurants.

The four-day annual fest, Bonnaroo Music and Arts Festival started back in 2002. It is held in June every year in Great Stage Park, Manchester, Tennessee. The fest includes ten stages and is popular for hip-hop, world music, indie rock, world music, reggae, etc.

Indeed, GQ Magazine ranked the festival among the 10 Best Festivals, Rollingstone ranked it as “50 Moments That Changed Rock & Roll” and Consequence of Sound ranked it as the “Festival of the Decade.” Bonnaroo fountain is painted every year by a different artist.

Primavera Sound is one of the most famous music festivals. It takes place annually in Parc del Forum, Barcelona between the end of May and the beginning of June. The first Primavera festival was held in 2001 in Poble Espanyol. It includes a variety of musical genres like indie, pop, EDM, and others.

When the fest started it has around 8,000 attendees and now in 2022, it was 5,00000. Primavera has hosted numerous acts including The National, The Queen of the Stone Age, Pixies, Kendrick Lamar, Arcade Fire, Nine Inch Nails, Patti Smith, The White Strips, and many others.

EDC or Electric Daisy Carnival is a renowned electronic dance music festival. The annual fest takes place in May at the Las Vegas Motor Speedway. In fact, it focuses on a variety of EDM including techno, dubstep, house, drum, and bass.

Significantly, it consists of multiple stages in which every stage has a different decoration and focuses on a particular EDM genre. If you are an EDM lover then you must attend the fest once. The festival won the Electronic Music Award for Festival of the Year in 2017.

Another famous music festival in history was Woodstock Music and arts or Woodstock. It took place from 15 to 18 August 1969 at a farm located in Bethel, New York. Moreover, it has witnessed over 400000 attendees despite heavy rain.

Woodstock was one of the largest music festivals in history. In fact, there were about thirty-two acts performed outdoors. The site was listed on the National Register of Historic Places in 2017.

Pitchfork is one of the most famous music festivals in the world. It is held in Union Park(Chicago) in July every year. Pitchfork media organized the first festival in the year 2006. It was the only year when Intonation and Pitchfork music festivals were held in the same year.

Sunburn is an electronic dance music festival held annually in India. It takes place mostly in Vagator, Goa. It was held in Pune, Maharashtra from 2016-2018. Then again Vagator became the venue for the fest. Goa is always ready to host festivals, parties, and events. Sunburn became one of the most popular fests.

It is one of the most happening music festivals. The multinational cable news channel CNN ranked Sunburn as one of the Top 10 Festivals in the world in 2009.

New Orleans Jazz and Heritage Festival is a music fest that takes place every year. The famous jazz promoter and pianist founded the fest in 1970 at the suggestion of Olaf Lambert (Manager of the Royal Orleans Hotel). The first fest was successful even with an audience of about 350 people.

Furthermore, It offers a variety of foods that include mostly local vendors to promote local food. Moreover, George Wein said, “This festival could only take place in New Orleans, because here and only here is America’s richest musical heritage.”

One of the most happening music festivals is the Sziget Music Fest. It takes place in August every year in northern Budapest, Hungary on Obudai-Sziget. It focuses on musical genres including psychedelic rock, synthpop, indie, electronic, heavy metal, hip-hop, etc.

Sziget is a week-long festival that started in 1993. “The Independent” ranked the fest as one of the five best festivals in Europe in 2011. It has a record-breaking crowd of about 565,000 attendees in 2019. Apart from music, it offers various interesting activities including bungee jumping, theatre, indoor rowing, dance, etc.

Since 1999, the venue is Naeba Ski Resort. The perfect destination to enjoy, relax and party along with your dear ones. The fest includes not only Japanese but also international musicians. So are you ready to experience mind-blowing music at a mesmerizing place?

Roskilde Festival is a music fest held in Roskilde, Denmark every year. The festival features a variety of musical acts, including rock, electronic, hip-hop, and world music. It is one of the largest music festivals in Europe started in 1971.

The fest was started by schoolers Mogens Sandfær and Jesper Switzer Møller and promoter Carl Fischer. By 1995, the crowd increased to more than 100000 attendees. It focuses on genres including hip-hop, metal, urban, electronica, 3rd world contemporary music, and rock.

Montreal International Jazz Festival is a renowned music festival famous for its jazz performances including other genres as well. It holds the 2004 Guinness World Record for the largest jazz festival in the world. The festival takes place between late June and early July.

In fact, every year it features thousands of artists, more than 500 concerts, along with a massive audience enjoying music on multiple stages. It is held at different venues in the city including clubs, concert halls, and indoor-outdoor stages.

Exit is one of the most famous music festivals held in Petrovaradin Fortress, in Novi Sad, Serbia. The two times winner of the European Festival Awards starts on the first Thursday of July every year. It is a four-day fest that offers music, arts, and activities to enjoy the ultimate experience.

Additionally, during covid-19(2020) at the end of September, performances were available at the eight-day-long streaming festival online. In 2022, around 2,0000 people attended the festival.